Men’s Fashion between the 30s and 90s

Fashion is an ever-evolving beast, with influences coming from far and wide to shape what designers create for us to wear. Some decades have been more stylish than others when it comes to men’s fashion, and here are some of the best and worst bits from the 20th century:

A popular decade to emulate, especially on TV and films. The era had glitz and pizzazz, jazz and excitement. Female fashion of the decade is well-known, but what of the men? The only real fashion for men of the time was looking smart. Some fashion features of the period include wide-legged trousers which fitted in at the waist, to create the illusion of having longer legs. Lighter colours were being introduced, as were double breasted suit jackets.

Fashion became a bit more serious in this period, with men needing to be seen in a shirt and tie at all times. This was rather limiting in terms of freedom of expression when it came to fashion. Thick knits and flannel trousers with a wide leg were the dominate trend of this decade right up to the 1950s in fact. Flannel was very practical for working class fashion. Colours were darker, but pinstripe made an appearance as well as trilby hats.

With a world at war, fashion took the back seat for obvious reasons. Colours remained dark but looser shapes began to appear possibly as a result of function over frivolity. Clothing was made to be sustainable and hard-wearing during these troubled times. Texture played a more important role than before possibly as a result of the drabness of the earthier tones being used.

Post-war fashion was a time to kick off the restraints and woes of the past and welcome in a new era of fashion freedom. This was the decade that jeans came into their own and the world never looked back! Hollywood movies and celebrities engulfed our passions and style became the new desire for many people across Europe and America. Stars like James Dean and Frank Sinatra paved the way for men’s fashion for both the young and older generations. For some modern-day style, why not update your wardrobe this new year? For Mens Designer Clothes, visit https://www.ejmenswear.com/

Gone were the dark colours and restrictive formal wear, the sixties were a decade of fashion revolution. Colours exploded, and men’s fashion became much more open to freedom of expression, pushing the boundaries of gender boundaries and experimentation. There was heavier use of patterns than before, but knits remained popular.

The sixties bled into the seventies and psychedelia remained a huge fashion trend. People began wearing outlandish patterns and colours in a culture of ‘anything goes’. Trousers became flared, waistlines high and heels became platformed! An incredibly popular decade with designer who often revive its style.

This was the era of shoulder pads and power dressing, topped off with a whole of can of hairspray! Glam rock and sub-cultures sprang up all over the place, with the line between men’s and women’s fashion become blurred. The eighties were about casual style, pastel and neon colours with an emphasis on over-sized shaping.

The grunge scene rose to prominence in the 90s with ripped jeans, lumberjack shirts and Dr Marten boots making a comeback. It was a decade of rebellion, dark colours and washed out effects made to make clothing looked worn. Baggy was the main aim of nineties fashion, from grunge to hip-hop we saw baggy jeans and over-sized shirts. 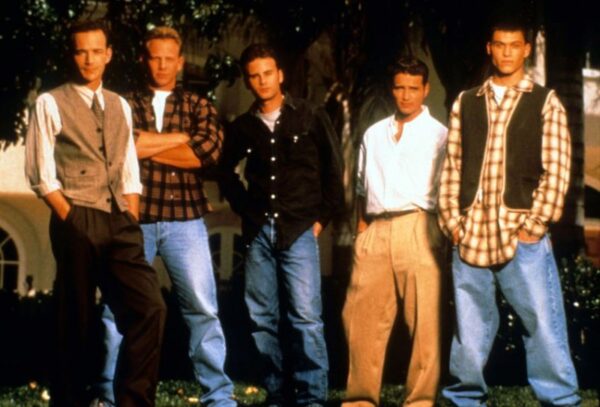 Love To Hear You